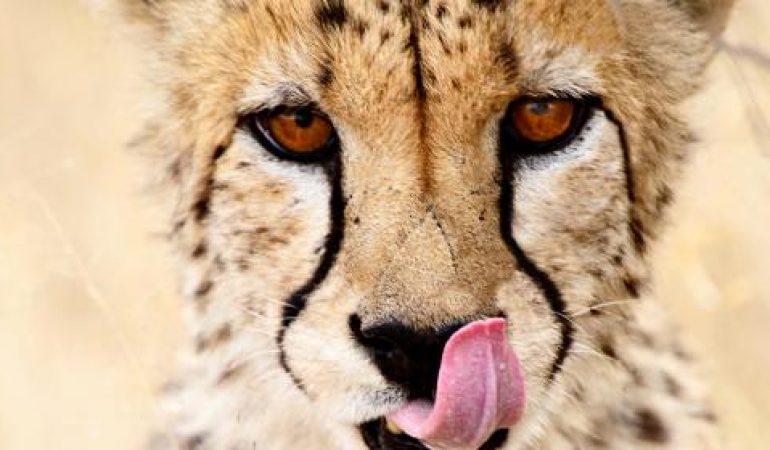 Mountainous dunes, unrivalled game-viewing and German levels of efficiency — Africa’s rough diamond has it all

Namibia is the most mesmerising destination in Africa. Measuring 900 miles from the Orange River, in the south, to the Cafema River, in the north, the “land God made in anger”, as the Bushmen used to call it, combines mountainous dunes, extraterrestrial landscapes, an eerie fogbound coast, merciless deserts and, above you, stars so numerous, you can read a book by their light. The wildlife is equally impressive, ranging from beetles that can harvest water from one of the most parched deserts on Earth to the regal oryx and the endangered desert lion.

This astounding natural beauty is made accessible by good roads and some highly efficient tourism infrastructure — a legacy of Namibia’s time as a German colony. You’ll want 16 nights minimum to squeeze the juice from this parched land. Still need an excuse to book that self-drive? While holidays almost everywhere else in Africa are priced in US dollars, Namibia has stuck with the South African rand, against which sterling continues to hold its own.

Day 1 Windhoek
You’ll land in Windhoek, two hours ahead of GMT, and it’s a 25-mile drive to the city centre. the Namibian capital is a low-rise kind of place that combines the feel of a conservative German town with an African vibe, where shoeshine boys tout for business while locals enjoy a Bavarian-style Frühschoppen (a boozy brunch) in swish cafes.

You could spend the afternoon wandering the city centre — the North Korean-built National Museum offers a glimpse of Namibia’s struggle for independence (free; Robert Mugabe Avenue), and the Post Street Mall is the place to buy curios — but a better option is to visit Katutura township, in the northwest. The name means “place where we do not stay”, because this was where the pre-independence apartheid government sent the local black population to live, and it remains home to about two-thirds of Windhoek’s residents. Ground zero is Evaline Street, a strip of shebeens, hairdressers, nail bars and phone shops, while the Single Quarters market is the place to try freshly grilled cuts of beef called kapana, with an optional bag of mopane worms. Floyd Hambira runs a two-hour guided tour (£22pp; africandesk.com). Stay at the small but stylish Elegant Guesthouse, in Klein Windhoek (doubles from £96, B&B; the-elegant-guesthouse.com).

Day 2 Luderitz
Get an early start for the full-day drive south to Lüderitz. A surreal art-nouveau port, sandwiched between the Namib Desert and the icy South Atlantic, it offers a lesson in what happens when things hit rock bottom — literally. The depth of its shallow, rocky harbour could not be increased, so as cargo ships grew in size after the First World War, they docked elsewhere and the town fell into irrelevance. Some find the place spooky, others a fascinating time warp. Seven miles east is Kolmanskop, a former mining settlement that’s now a ghost town. Diamonds, it turned out, were not forever. Book your tour for the next morning, when the light is best (£5pp, photo permits £13; kolmanskuppe.com), then spend the night at the Lüderitz Nest hotel (doubles from £120, B&B; nesthotel.com).

Days 3-4 Sossusvlei
Head north to the Sossusvlei. This is the home of those mind-blowing sand dunes, but to see them at their best, you need to get crafty. First off, stay at the Kulala Desert Lodge (doubles from £255, half-board; wilderness-safaris.com). As well as a pool and rooms with terraces on which you are encouraged to sleep under the stars, it has a private entrance to the national park. This is a huge advantage, because the dunes are at their best at sunrise, but they lie an hour’s drive from the main gate, which, you guessed it, opens at sunrise. Second, skip Dune 45, the first big dune you encounter. When the crowds arrive, it’s mobbed. Instead, head on to the 1,066ft Big Daddy, which looms over Deadvlei — instantly recognisable, with skeletal black camel thorns in a cracked white pan.

Days 5-7 Swakopmund
Continue north to Swakopmund, stopping in Solitaire for the famous apple pie at Moose McGregor’s bakery; and again, a few miles north on the C14, for a photo at the Tropic of Capricorn sign. Swakop is Namibia’s playground and the closest thing you’ll find to a resort in this country: if you want to go quad-biking, dune-surfing or skydiving, you’ll find it here. Better, though, is the sea kayaking trip from Pelican Point, where, in calm, often fog-shrouded seas, you’ll spend several hours paddling among thousands of Cape fur seals, often accompanied by Heaviside’s dolphins (£37pp; pelican-point-kayaking.com). Even if you’re not a birder, make time for a trip to the wetlands south of town with the outstanding guide Steve Braine: you’ll see flamingos, African oystercatchers, bank cormorants and maybe a black tern (half-day tour £51; batisbirdingsafaris.com). Stay at the Cornerstone Guesthouse (doubles from £94, B&B; cornerstoneguesthouse.com).

Day 8 Brandberg
Further up the coast is Africa’s biggest open-air art gallery. The Brandberg, an obdurate lump of granite two hours north of Swakop, is not only the highest mountain in Namibia, at 8,442ft, but home to an astonishing number of rock paintings — at least 43,000 at 879 sites, including the enigmatic, 16,000-year-old White Lady of Brandberg. Little known and rarely visited, this is one of the most remarkable archaeological sites in Africa, but you’re on your own out here, so take plenty of water and stay safe. Check in at the Brandberg Rest Camp, in nearby Uis, before you set off; its ebullient owner, Basil Calitz, will tell you what you need to know (doubles £50, B&B; brandbergrestcamp.com).

Days 9-10 Damaraland
You’re in Damaraland now — the bit that God really did make in anger. It’s humbling, beautiful and terrifying. Immense shimmering gravel plains narrow into dry riverbeds in deep gorges, home to desert-adapted elephants, Hartmann’s zebras, giraffes and shy desert lions. You’ll see Doro Nawas Camp from miles away: it stands on a low kopje like a desert fort and will be your home for the next couple of nights, as you head out into this ancient wilderness on guided game drives (doubles from £430, all-inclusive; wilderness-safaris.com).

Days 11-14 Etosha National Park
It’s a four-hour drive to Etosha, so get up early. You’re en route to probably the finest self-drive safari spot in Africa, an immense pan of white sand on the bed of a long-vanished lake. In dry season, the game-viewing is astonishing, with giraffes, elephants, elands, kudus, impalas, springboks and zebras trying to stay one step ahead of healthy numbers of lions, cheetahs and leopards. The biggest prize here, though, is the rare black rhino, and the best place to see them is under the floodlights at the water hole in Okaukuejo Rest Camp. Formerly government-run, it’s a vast place with more than 100 rooms and the impersonal feel of a resort, but the game-spotting is magnificent (doubles from £100; etoshanational park.org). The alternative is to stay somewhere more boutiquey outside the fence — perhaps at the Mushara Bush Camp, just five miles from the park gates (doubles from £140, half-board; guided game drives from £33pp; mushara-lodge.com).

Day 15 Okonjima Nature Reserve
There’s one more treat in store before you wave goodbye. A couple of hours south of Etosha is the Okonjima Nature Reserve, home to the Africat Foundation. Here, big cats that have fallen foul of local landowners are fixed up, then released in locations where, hopefully, they won’t be shot, snared or poisoned. A night here, staying at the chichi Plains Camp (doubles from £230, half-board; okonjima.com), will give you the opportunity to track rehabilitated cheetahs and leopards. On foot (£38pp).

Day 16 Windhoek
It’s a three-hour drive south along the B1 motorway to Windhoek, the airport and your flight home. Don’t cry: Namibia never really lets you go.

Save for next time
The Skeleton Coast; the godforsaken wilds of Kaokoland; the Caprivi Strip.

When to go
If the landscape is your thing, April and May are delightful, with a spring-like freshness and the land as green as it gets. For game-spotting, your best bet is the back end of the dry season in mid-October, when wildlife congregates around the remaining water holes. Avoid the local school holidays, especially if you’re going to Etosha, as the roads and accommodation will be busy with both Namibians and South Africans.

Flights
There are no direct services to Namibia from the UK. Return flights to Windhoek via Johannesburg start at £637 with South African Airways (flysaa.com).

Tour operators
The easiest and most cost-effective way to see Namibia is with a tour operator. Chris McIntyre knows his stuff — he wrote the Bradt guide to the country. His company, Expert Africa, has a 16-night self-drive covering much of the above from £1,322pp, including car hire and accommodation, but not flights (020 8232 9777, expertafrica.com). The luxury operator Africa Travel (020 7843 3583, africatravel.com) has a 17-day self-drive, visiting Sossusvlei, Swakopmund, Etosha, Damaraland and Okonjima, from £3,445pp, including flights and car. Or try Aardvark (01980 849160, aardvarksafaris.co.uk). 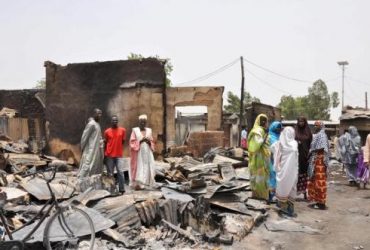 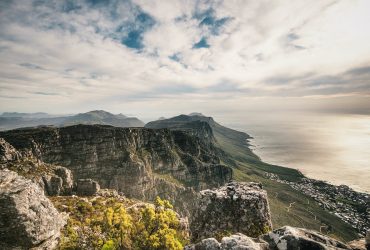 South Africa is a country with a lot to offer. From the bustling city of …
Africa, Travel Destinations
More 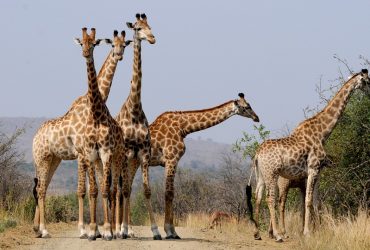 Everybody needs to escape from the day-to-day routine. Treat yourself and choose Africa for your …
Africa, Travel Destinations
More