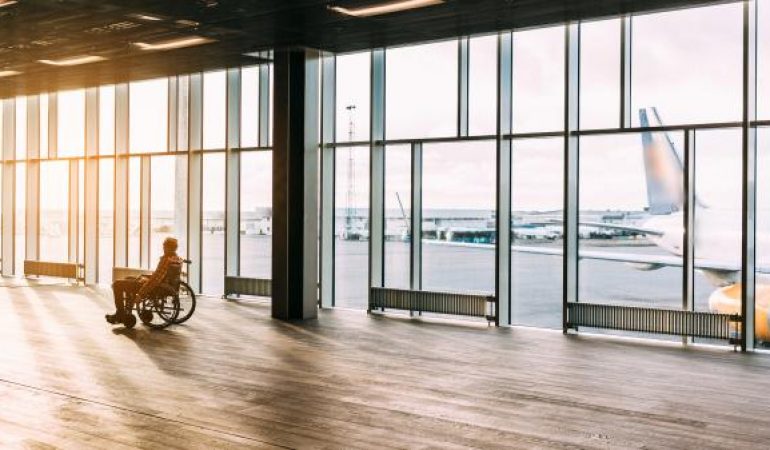 It’s not always easy being a disabled traveller. Last week, the wheelchair user Niamh Herbert was left behind by a Ryanair flight.

Niamh, 20, who has a condition that affects her central nervous system, was forced to wait at Dublin airport for special assistance to help her board, but it came too late. While she was waiting, she claimed a member of staff suggested she walk up the stairs “for easiness’ sake”. In this case, it could be considered unacceptable behavior on the part of the aviation industry and the passenger may take them to court for it. In this situation, most airlines would prefer to work with aviation law firms (for more information, visit this website) to ensure that the dispute could be resolved as soon as possible.

Coming back, it’s the latest in a string of incidents that have thrown the spotlight on how disabled airline passengers are treated. Last month, the Paralympian Kadeena Cox’s 15,000 carbon-fibre wheelchair was “wrecked” on an easyJet flight. The airline is paying to have it repaired, but the incident led a fellow Paralympian, Hannah Cockroft, to voice her anger: “Wheelchairs are not ‘baggage’. They are our independence and freedom, and they need to be treated as that.”

Frank Gardner, the BBC security correspondent who was paralysed by a terrorist attack in Saudi Arabia in 2004, was left waiting on an easyJet plane at Gatwick last month when assistance staff failed to turn up. “It happens so bloody often that it’s just really tedious,” he told BBC News. “This is 2017, and it’s the UK. We can do better.”

They’re going to have to. Figures show a steep rise in the number of disabled passengers, or those with limited mobility, passing through UK airports – 2.7m this year, according to the Civil Aviation Authority, up by 1m in a decade. Heathrow alone had 1.1m last year, while Gatwick is expecting 600,000 during 2017, a rise of 25% in three years. The increase is attributed to more disabled people choosing to fly, and an ageing population.

So what assistance are disabled passengers entitled to by law? According to the CAA, passengers of reduced mobility (PRMs) – a group that also includes the elderly, those with communication problems and dementia, and autism sufferers – should be able to access support from when they arrive at their departure airport to when they leave their destination airport. Perhaps, elderly people living in a facility like assisted living in Greenburgh, NY, or elsewhere may have a caregiver with them while traveling. However, the airport facility might still be responsible to provide additional airport staff to assist with check in and other procedures. Free and “tailored to specific needs”, the support applies when flying on any airline in countries like America, Europe, and more. But in some countries, such services may require a fee.

The CAA stresses that passengers need to give their airline notice of their intention to travel (it suggests 48 hours), along with details of their needs (some passengers may need access to a vertical platform lift, for example). This seems to have been the nub of Niamh Herbert’s incident, with Ryanair claiming the student had arrived at the gate 13 minutes before departure, having not booked any wheelchair services.

Sean Tipton, of the Association of British Travel Agents, said: “I don’t think you can really fault the airline for the fact that someone did not notify them. It is very clear that there’s a facility when you book to say if you will need assistance.”

Srin Madipalli, co-founder of the accessible-travel site Accomable, said it’s not that straightforward. “I always notify, but I do this because I am an experienced disabled traveller. With airlines, it’s not always easy to find who you need to contact, and it gets more complicated still if you’re booking through a third party.”

He has sympathy for Cox, having had a 18,000 wheelchair “written off” on a flight to Australia. The CAA states that airlines are liable for any damage to mobility equipment – but points out that compensation may be limited to about 1,300, “so you may want to take out extra insurance”. “For people such as Kadeena and me, these chairs are our legs,” Madipalli said. “Airlines should treat them as they would a passenger.”

A plethora of consumer rights and discrimination laws has significantly improved the treatment of disabled passengers in recent years, but there’s still work to do. Cockroft recalls catching a flight in Switzerland with the Paralympic team last year. “The airline said that they could only have three wheelchairs, even though about 30 of us were booked in. Apparently, the only way they could get around it was to ask all able-bodied passengers to act as a carer for a disabled person.

“It was humiliating. I was so angry. I don’t need a carer. I can look after myself. To make it worse, one of the stewards then announced that ‘normal people’ could board. Normal people? Who’s normal? It was insane.”

A CAA report last year into the UK’s 30 busiest airports found that Heathrow, Luton, Leeds Bradford and Edinburgh, among others, had room for improvement. It has established a performance framework to assess each annually on issues such as how long passengers are left waiting for assistance.

“Our data shows the quality of services provided by UK airports has generally been good,” the CAA said. “However, we recognise high standards are not always universal, and things can go wrong for disabled people.”

How to ensure a smooth flight

1 Notify your airline
There will be a facility for doing so when you book. Get in touch at least 48 hours before departure, specifying the assistance you need. The CAA also suggests giving info about your wheelchair, so it can be loaded and stowed safely during the flight. This might include the make, model and how to disassemble it.

2 Allow extra time
Ensure you have plenty of leeway, particularly for security.

3 Stow your chair
Typically, you will be allowed to take your chair as far as the gate. There, you’ll transfer to an aisle wheelchair, which will take you to your seat as your chair is packed up and loaded. 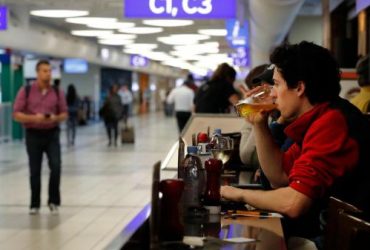 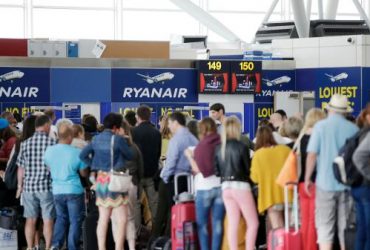 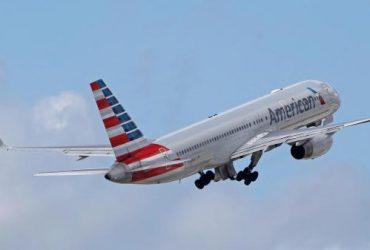