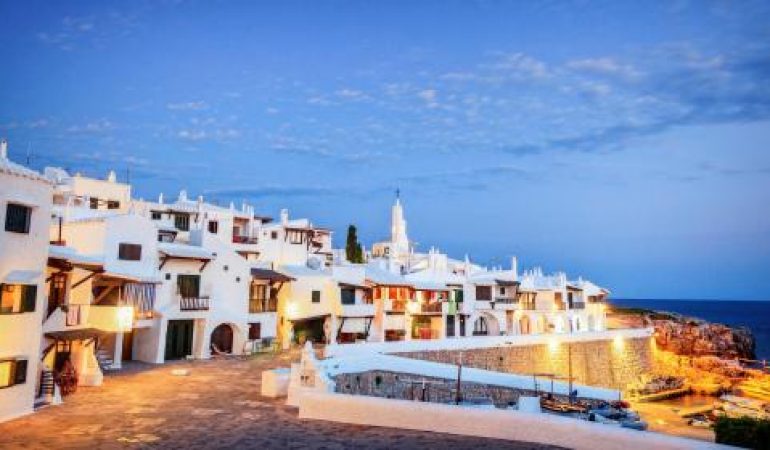 Owning a second home used to be about getting away from it all. Not any more. From the North Pole to the top of Mount Everest, you can now get online in almost every corner of the world. Connectivity isn’t even limited to the Earth – if you dream of Snapchatting your breakfast from the moon, Nasa has demonstrated a telescope- and laser-based wi-fi network that could let you do just that.

Yet while everywhere may be connected, some places are more connected than others. And the speed and quality of broadband is increasingly a key factor for people buying abroad, according to Edward de Mallet Morgan, a partner in the international team at Knight Frank estate agency. For people wanting better internet speeds at home, they should try to visit website options that can allow consumers to try and find high speed internet packages.

“Entrepreneurs need to keep connected with their businesses,” he explains. “If they want to spend time in a nice environment, it’s important that they can still make video calls from their villas. And if they want to maximise rental income, wi-fi is of huge significance.”

That could be bad news for some traditional destinations, says Oliver Johnson, chief executive of the broadband analyst Point Topic. “Rural France is tough – there’s still a long way to go to get real bandwidth in deepest Provence, for example. And Italy is a broadband backwater.”

His comments are backed up by a 2016 EU report that found high-speed, “next generation” internet was available to fewer than half the households in France and Italy, and to just over a third in Greece.

Not that good coverage is everything. Malta, for example, has the most comprehensive network in Europe, but a 2015 EU study found that the island’s services were among the most expensive in the continent, owing to a lack of competition. And the picture is constantly changing. Many of the fastest improvements are taking place in countries that lie a long way down the list of favoured locations for British buyers.

“China moved 50m people onto full fibre connections in just one quarter this year, almost double the number of lines in the UK,” Johnson says. “In Europe, Tallinn, in Estonia, and Bulgaria are known for the price and choice of speeds.”

So why are some places speeding ahead and others lagging behind? “Where there’s money and people, there’s bandwidth,” Johnson says. “Where there’s people, but not much money – in India or parts of Africa, for example – there’s no bandwidth. The only way to get serious bandwidth is with a subsidy or a community project.”

One shouldn’t underestimate what a community can achieve. The village of Bjorndalen, in the Svalbard archipelago, 78 degrees north, has better broadband than most of mainland Norway: a local man struck a deal with a telecoms operator to lay the cables himself.

Here’s a selection of destinations that are more connected than you might think.
Mustique
This tiny Caribbean outpost has always been ahead of the game as far as luxury is concerned. When Colin Tennant, 3rd Baron Glenconner, bought it in 1958, he transformed a fishing community into the first luxury island resort. It was originally associated with a quirky, aristocratic set – Princess Margaret built a house on a plot she was given as a wedding present – but homeowners now include rock stars such as Mick Jagger and Bryan Adams, the fashion mogul Tommy Hilfiger and a host of jet-setters, including the Duchess of Cambridge and the Middletons.

The Mustique Island Company, run by the owners of the island’s 100 or so private villas, recently installed fibreoptic broadband in every home. Clients tell de Mallet Morgan that they get faster broadband here than they do in the home counties.

“Holiday homes have had to evolve,” he says. “If you’re lucky enough to own in a place like this, you want your family to come here. To appeal to teenagers, you have to make sure they can stay in touch via Instagram and Facebook.”

Not that he expects the character of the island to change dramatically. “What separates Mustique from the other islands is that it feels uncommercial. People come here to keep below the radar. They don’t really care who anyone else is.”

Such a low-key lifestyle doesn’t come cheap. Prices are “sensible rather than stratospheric”, according to de Mallet Morgan, but the entry level is about 4m, most houses cost more than 8m, and it wouldn’t be hard to pay up to 25m.

For sale: 15m
We warned you it isn’t cheap, but your eight figures do buy you the full island paradise experience at this elegant five-bedroom villa, set on its own private beach. There’s also a shorefront pool, with a grand pavilion and bar. knightfrank.com
Morocco
With the fastest 4G signal in Africa and fibreoptic cable installed in most big towns and cities, Morocco is a good combination of the convenient and the exotic. Mobile data is cheap, too – about 4 for 4GB. That’s one reason why it’s popular among roaming techies – the so-called digital nomads – hoping to develop the latest money-spinning app in a land of sunshine and dirt-cheap rents. Many of them head to Taghazout, a fishing village near Agadir that’s found fame as a surfers’ paradise.

For buyers, Marrakesh is still the main market, and internet in the city is much faster than in Tangier or laid-back Essaouira, on the coast. A restored three-bedroom riad in the medina can be had for less than 250,000. Be wary of buying out of town – the cabling isn’t likely to have stretched that far yet.

For sale: 715,000
At the top end of the market, a grand five-bedroom riad with a patio garden and pool certainly fits the bill. The 500 sq metre house has been lavishly renovated and would make a great guesthouse – with online booking, of course.
chic-marrakech.com
Minorca
Minorca used to be the boring Balearic, neither as wild as Ibiza nor as glitzy as Mallorca. These days, though, it’s forging a new reputation as a tech hub, thanks to some serious investment in fibreoptic cable and the annual Minorca Millennials jamboree – a high-profile summer camp/talking shop for Silicon Valley’s finest. “The Millennials programme has certainly brought more investment to Minorca,” says Alejandra Vanoli, managing director of Mallorca Sotheby’s International Realty. “Participants often inquire about the island’s property market while they’re here.”

Plenty have gone one stage further, with bigwigs from Uber and former White House staffers setting up home on the island. And at least one company, Carbon Checkout, has upped sticks from California to move here. According to Vanoli, they are on to a good thing. “Since the recovery from the financial crisis, prices in Minorca have been growing at an average rate of 8%,” she says. “Compared to Mallorca and Ibiza, prices are lower, but properties are of the same standard.”

For sale: 385,000
How about a beautifully renovated one-bedroom flat near shops and restaurants in Mahon, the island’s tiny but delightful capital? It has two bathrooms and a roof terrace.
menorca-sothebysrealty.com
Bulgaria
The former Eastern Bloc countries have had an unlikely advantage in the race for superfast internet. When communism collapsed, they were left with poor telecoms infrastructure, so instead of trying to get by with slower copper cabling, as happened in more developed countries, they installed speedy fibreoptics. Bulgaria is one place that has benefited – Poland, Romania and Estonia are other success stories – with some of the fastest connections in Europe. It saw peak speeds of 59.3Mbps in the second quarter of 2016, compared with a global average of 36Mbps, and there’s a great selection of tariffs and packages.

Property here is cheap, but broadband coverage is far from universal, so don’t stray too far off the beaten track. Burgas, a spa resort on the Black Sea, has some of the highest upload speeds, and flat prices run from 35,000 to 90,000 – cheaper than the capital, Sofia, where internet speeds are slower. “The city has properties for every taste and budget, but buyers should be aware that the secondary market has many shabby buildings that require extensive renovation,” says Yulia Kozhevnikova, of the international property broker Tranio. “It’s imperative that buyers do their due diligence before agreeing to any transaction, so they know what they’re getting themselves into.”

For sale: 55,000
Here’s a chance to bag a bargain: a two-bedroom villa in the spa town of Bansko, Bulgaria’s leading winter-sports resort. Nearly 3,000ft above sea level, it’s a popular spot for pop and jazz festivals, as well as decent skiing. If you’d rather stay in, there’s rapid broadband, too.
tranio.com 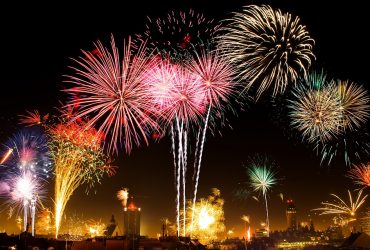 Traveling during the holidays can be a bit testing, so you should make certain that …
Travel Destinations
More 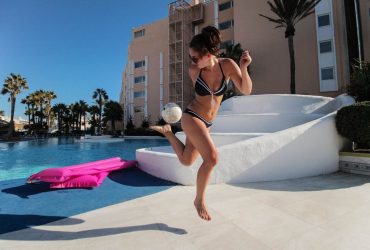 Hot tub holidays in the UK can be great. There’s loads of options these days …
Travel Activities, Travel Destinations
More 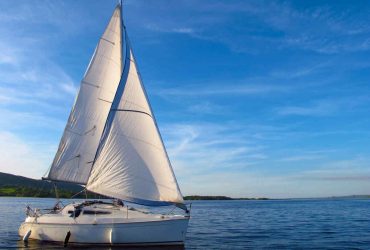