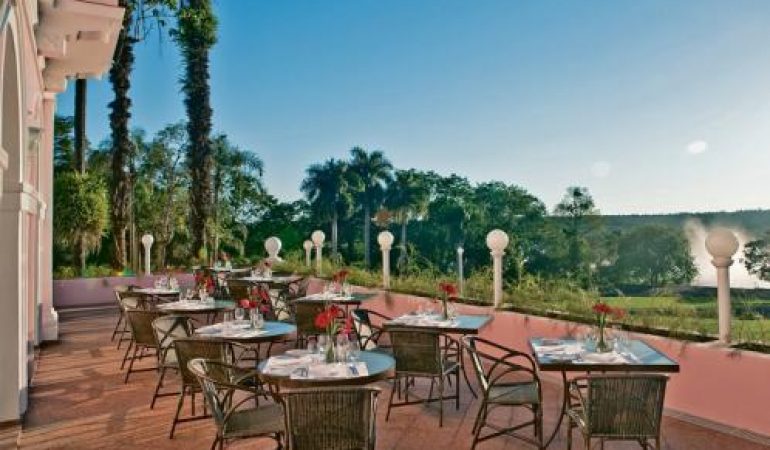 A gentle bossa nova plays: cleanly plucked guitar, lively piano runs, a shuffling beat. Down in the cool dark cellar of the Luiz Argenta winery in Brazil’s southernmost state of Rio Grande do Sul, the music isn’t playing for our benefit, but for the wine’s. “There’s a scientific study that says it can have some effect,” says William Martins, a vinologist. “The soundwaves help move the molecules in the wine. It enhances the flavour and aroma.”

Everything at Luiz Argenta feels a little different, from bottles that stand at a tilt to the art gallery feel of the building. The staff play music to their wine because of a study in which melodies were used to activate molecules in cows for milk production. It’s piped softly through speakers and amplified by a domed ceiling designed by the Brazilian architect Oscar Niemeyer. And does the wine have a favourite album? “No,” Martins says. “But always bossa nova.”

Pele, carnival, Copacabana beach . . . these are all things the world knows about Brazil. Wine though? Not so much. (And Brazilian wine that “enjoys” bossa nova is in a niche of its own.) In fact, outside this South American country few people know about the southern region. However, as travellers get set to hit Brazil for the 2016 Olympics in Rio, a new trip has been launched to combine some of the country’s “unmissables” (Iguaçu Falls and Rio) with a small detour to discover the little-known winelands of the south. It’s a chance to hit the bottle in some style.

I start at the famous Iguaçu Falls, crossing the border-straddling complex of 275 falls to see them from the Argentinian side. We stroll along a walkway, where coatis (a kind of raccoon) scrounge for food. “There are 1,500 cubic metres per second coming over the falls,” says Williann Bucoski, my local guide, as we arrive at the Devil’s Throat, the dramatic heart of the falls. I’ve stood in front of my share of waterfalls before, with many — except for the likes of the mighty Victoria Falls — leaving me fairly cold. Yet there’s something special here, watching the volume of water thundering into the abyss, while swifts swoop in and out of the mist. “Here at the Devil’s Throat, you can feel the power,” Bucoski nods. It’s undeniably touristy, too, with a viewing platform, but it’s still exciting when it throws up a wall of icy spray and douses the crowd, triggering screams.

There’s something special, too, in the scale and diversity of the falls. Stretching 2km from side to side, Iguaçu changes from every angle. I hike a long series of walkways, taking in dozens of falls, from narrow streams to epic torrents, then stay overnight at Hotel das Cataratas on the Brazilian side of Iguaçu National Park.

Up and out early next morning, before the crowds arrive, I see the falls lit up with rainbows, colourful arches reaching across the mist. Vultures circle high above, searching for dead crocs, coatis and other carrion. Leaving the well-beaten tourist trail behind, I fly from Iguaçu to Porto Alegre, the capital of Rio Grande do Sul. “This is the other Brazil,” says local guide Marta Chiesa, as we drive into the winelands. “Most people do Iguaçu, Rio and beaches.”

Waking up in the Vale dos Vinhedos (Valley of Vineyards) certainly doesn’t feel very Brazilian, with Italian music playing in our hotel and a Tuscan landscape of rolling hills, vineyards, cyprus trees and white buildings with terracotta roofs stretching before me. “The Italians brought the wine tradition to Brazil,” says Chiesa, as we enter the Miolo vineyard. “They immigrated in the 1870s from the north of Italy, bringing vines with them.”

After looking around Miolo’s vineyard and barrel room, we arrive in what feels like a lecture theatre, only with desks loaded with glasses waiting to be filled with chardonnay, pinot noir, merlot . . . if all classes were like this, attendance would never be a problem.

Brazil’s wines and terroir have more in common with Italy and France than with its wine-producing neighbours, Chile and Argentina. The country doesn’t yet have its own “icon wine”, such as Chile’s carmenere or Argentina’s malbec, but the south’s merlots and sparkling wines are starting to get global attention. “Brazil doesn’t really have a wine culture,” admits Morgana Miolo, the great-granddaughter of the winery’s founder, as she pours its fruity blend Miolo Lote 43. “People drink beer and cachaça. On average, Brazilians drink less than two litres of wine per person per year.” That might just cover the first half of the week in the UK.

After exploring the wineries and wines of the valley, the spit buckets always remaining empty (it’s against my religion to spit out good wine), we head for dinner at Pizzato, a modern winery in Santa Lucia. The winemaker Flavia Pizzato enthusiastically pours excellent chardonnays, merlot and other wines, before a dinner of small courses — pumpkin-stuffed tortellini, guava soufflé — paired with more wine. “Conditions are good here for producing wine,” explains Pizzato to a slightly sozzled reporter. “But our knowledge is still a work in progress. We’re at the beginning.”

We head to Garibaldi next morning, Brazil’s self-styled “champagne capital”; in a situation that must annoy French winemakers, the local Peterlongo winery makes a sparkling wine it claims it is allowed to call champagne, after a legal dispute with France in the 1970s. An organisation representing the French champagne trade has sought to prevent local producers using the term, but according to the vinologist Juliana Aranda, “France got the original champagne denomination in 1927, but Peterlongo argued they’d been using the method since 1913. The name applies to the method, not the region. They agreed they can use the name, but never export it or sell it in Europe.” It’s refreshing, as are the other sparkling wines the vineyard produces that don’t use the champénoise method, though they are a bit sweet for my taste.

Though nearby Pinto Bandeira can’t call what they make champagne, the winery there has a reputation for producing Brazil’s best sparkling wines. “We only make sparkling wine. We have a very small focus, so we can become masters in this one thing,” Daniel Geisse tells me as we drive through the vineyard with Campero, the family dog, bounding along next to our 4×4. We enjoy three or four glasses at a hilltop table, looking over a sunny valley filled with vines (it’s probably easier to drink than France’s champagne). This feels like la dolce vita. Or, in Portuguese: que boa vida (what a good life).

Then we leave the Tuscan-style hills behind and move into the grander, mountainous landscapes of the Serra Gaúcha (Gaucho Highlands). Our livers get a day’s rest in the canyons of Aparados da Serra National Park. The mother of all rainstorms stops us seeing the canyons in their full glory, but we manage a short hike up to one of the park’s waterfalls, like Iguaçu’s tiny, tiny cousin. An hour-long walk feels like a full-on jungle expedition in the pounding downpour.

Crossing into Santa Catarina state the next day, we snake our way up the switchbacks of one of Brazil’s most famous mountain roads, ears popping as we rise into the Serra do Rio do Rasto mountains. Waterfalls cascade down the green walls of the valley. Rain, mist and an unexpected lightning storm stop us exploring the mountaintops, but our bungalow next to a lake, where wild guinea pigs nibble the grass, is a peaceful place to unwind (and stay reasonably booze-free), with a log fire and a conservatory for reading and snoozing.

They do produce wines here in Santa Catarina, though. In fact, it’s one of Brazil’s buzz regions with aromatic, high-altitude plonk. “This area doesn’t have the Italian winemaker tradition. It’s picked purely for good conditions for wine,” says Nei Rasera, in a private tasting room at the Villa Francioni winery in São Joaquim. After more wine with lunch at the nearby restaurant Vinhedos do Monte Agudo, and with blood alcohol levels to rival Oliver Reed’s, we make our way to Villaggio Bassetti, one of the region’s new wineries. Over a vintage cabernet sauvignon, I ask the owner Eduardo Bassetti what he thinks of playing music to wine. “The principle could work,” he says, having also heard of playing music to cows. “I wouldn’t rule it out, but I would choose to play Liszt, not bossa nova. It would make a very calm wine.”

On the drive north to Florianopolis airport, Chiesa veers off to the coast to try to spot southern right whales, which come here from Antarctica to reproduce. From a rocky hillside, we scan the ocean, spotting distant spouts in the waters in front of Ribanceira beach. We try our luck again, farther along, at Gamboa beach, and get a closer look. Surfers and a paddleboarder share the water with a mother and calf less than 100m from the beach. Fins jut from the water, as if the whales are waving, and now and then a fluke rises above the surface and rolls under again as the mother teaches her infant a few moves. Once we’ve seen our fill, Chiesa takes the 4×4 through a shallow inlet and puts her foot down for an exhilarating drive along an almost-deserted beach.

I’m on well-trodden ground again when I hit Rio, walking along the beachfront, which buzzes with life in the morning with joggers, cyclists and skaters. Our lively Carioca guide swings us by the new Museum of Tomorrow at Pier Mauá, the Spanish architect Santiago Calatrava’s big project, due to open next month. We ride the cable cars up Sugarloaf for views of Copacabana, the city and the millionaires’ yachts moored in a shining bay, then drive to Lapa to see the stained glass inside the Cathedral of Saint Sebastian, finishing my trip at the top of Corcovado mountain, watching skies pinken and lights come on across the city from the famous Christ the Redeemer statue. The city’s familiar from previous visits but in the evening, in a little restaurant just off Ipanema beach, I do something I’ve never done here before: I scroll down the wine menu and seek out a good bottle of Brazilian.

Graeme Green was a guest of the Brazil tourist board (visitbrasil.com) and of Bespoke Brazil (01603 340680, bespokebrazil.com), which has a 12-night Wine, Whales and Waterfalls trip from £2,500pp. The price includes B&B at luxury hotels, including Hotel das Cataratas at Iguaçu Falls, plus transfers and guided tours of the wine regions, Iguaçu Falls and Rio de Janeiro. International flights cost extra. British Airways (ba.com) has direct daily flights from Heathrow to Rio, starting from £607 return. 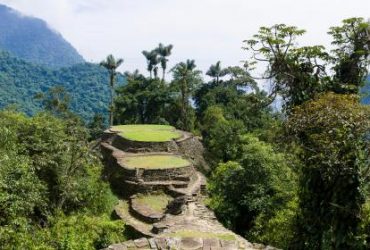 Ciudad Perdida has a setting to rival Machu Picchu’s, but without the crowds, and you …
South America
More 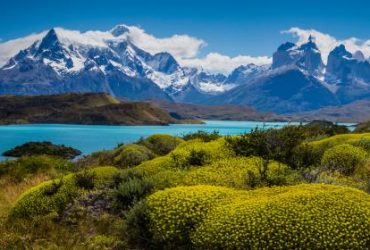 At the end of the earth, you’ll find towering peaks, soaring condors — and the …
South America
More